← Gelatin supplements, good for your joints? Yes and No
Do Humans Need Dairy? Here’s the Science →

Posted: December 20, 2016 | Author: Millie Barnes | Filed under: Food and it's Impact on Our Health |Leave a comment 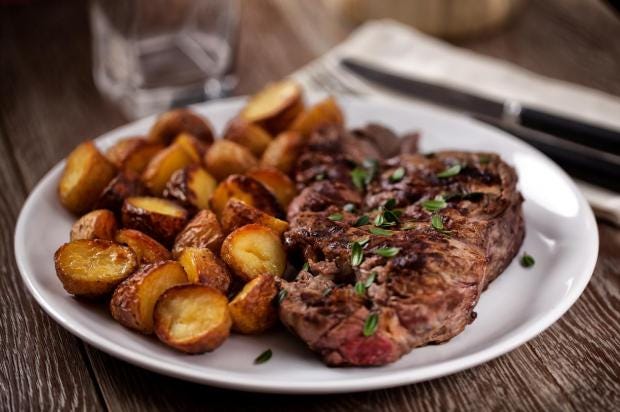 For decades we’ve been told to eat a different food practically every year if we want to be healthy: blueberries, avocados, chia seeds, quinoa and kale have all had their moments in the sun, but a new book claims we should forget food fads and eat like our ancestors.

100 Million Years Of Food: What Our Ancestors Ate and Why It Matters Today by Stephen Le also reveals that we’re not actually consuming more calories than our predecessors, despite common belief.

Paleo, raw, veggan (nope, not a typo – that’s vegan but with eggs) – nowadays we’re spoilt for choice with diet options that will supposedly bring us optimal health and wellbeing, but it could be that these modern trends are doing more harm than good and have caused the current explosion of chronic diseases and allergies.

Le’s family are originally from Vietnam but his parents settled in Ottawa, Canada, in the 1960s, where Le and his three brothers were born and grew up.

He was finishing his PhD at the University of California when he discovered his 66-year-old mother’s breast cancer – with which she’d been diagnosed years earlier – had spread to her lungs.

Le rushed home to Canada where his mother died three months later, aged 66. It was just two years after her own mother had died almost three decades older, aged 92.

His parents had obeyed every western food fad over the years, whereas his grandparents, unable to read English, had stuck to the traditional fare they knew. This got Le thinking.

As a biological anthropologist, he started doing research into ancestral diets and food-related illnesses: “Some of my preliminary readings,” Le told Macleans, “showed that Asians who migrate to North America and Europe see elevated rates of breast cancer as well as prostate cancer.” And he wanted to find out why.

Contradicting nearly everything we’ve been told recently, Le discovered that the average person in 2016 doesn’t consume more calories than humans millions of years ago, and thanks to our increased metabolisms, we’re burning just as many calories as our predecessors too, despite our sedentary lifestyles.

So rather than eating less or exercising more, Le believes the key to health is eating like your ancestors. He champions traditional diets and argues that we should be looking to our genetic and cultural history when deciding what to eat.

Forget foodie fads and so-called superfoods, it’s the simple fare of our great-great-great-great-grandparents we should be consuming, whether that’s meat and potatoes or vegetables with rice. So instead of asking for the latest healthy cookery book, it might be worth taking a look at your grandparents’ cookbook and making the recipes handed down to them over the years.

Le thinks our society in fact places too much emphasis on fruit and vegetables. As our bodies have evolved, he believes we can no longer cope with the “daily jug-loads of fructose” we’re consuming through juices, smoothies and fruit.

And as for vegetables, Le points out that they became part of our diets late – even after meat and dairy – because they contain toxins.

Whilst cooking vegetables neutralises said toxins, western cultures place salad and raw vegetables on a pedestal: “If you took people from most parts of the world to a salad bar, they would gasp in horror. They’d say, ‘You can’t digest these things!’” Le explains.

Le is not a nutritionist and admits that fruit and vegetables have nutritional value, he just believes we overstate their importance. “As long as we’re eating an adequately balanced diet, there’s no fear of non-nutrition,” Le says.

So next time you fancy potatoes but feel you really ought to have broccoli instead, that’s something to remember.