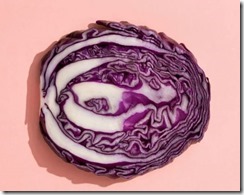 Could a cup of tea or an apple a day really keep the doctor away? Maybe not — but new research suggests that a diet high in flavonoids such as tea, fruits, and cruciferous vegetables may lower your risk of heart disease.

A recent study from researchers at Edith Cowan University (ECU) in Australia found that older women who consumed high levels of flavonoids from plant-based food sources were less likely to have extensive abdominal aortic calcification (AAC).

AAC happens when calcium deposits build up in your abdominal aorta, a large artery that supplies blood from your heart to your abdominal organs and lower body.

People with AAC have an increased risk of cardiovascular disease, such as heart attack and stroke. They’re also more likely to develop late-life dementia.

“This is just one of many, many studies that have shown a reduction in cardiovascular risk with eating more of a plant-based diet that’s rich in flavonoids,” Janice Friswold, RD, LD, a registered dietitian and diabetes educator at University Hospitals in Cleveland, OH, who was not involved in the new study, told Healthline.

“Some studies on flavonoids have also shown other benefits, such as reduction of cancer risk or cognitive decline, so there’s nothing but good stuff to say about these things.”

The ECU study was recently published in the journal Arteriosclerosis, Thrombosis, and Vascular BiologyTrusted Source, which is a journal of the American Heart Association.

Flavonoids are a type of plant compound found in fruits, vegetables, spices, tea, and other plant-based foods. They’re antioxidants that help protect cells from damage caused by oxidative stress.

Scientists have identified more than 6,000 types of flavonoids, which are classified into 12 main groups.

Six of these groups are found in common foods:

Flavones
celery, chili peppers, and herbs such as parsley, mint, oregano, and thyme

Flavanones
citrus fruits, such as lemon, orange, and grapefruit.

Isoflavones
beans, lentils, peas, and soy-based foods, such as tofu and soymilk

“I generally don’t recommend that people take [flavonoid] supplements because we know there’s over 6,000 different phytochemicals in the flavonoid group, and we’ve isolated a few of them, but who knows which is the magic combination.”

Instead, health and nutrition experts like Friswold encourage people to “eat the rainbow” by consuming a variety of fruits, vegetables, and other plant-based foods of different colors.

These women were generally healthy and had no prior history of cardiovascular disease.

The researchers asked participants to complete food-frequency questionnaires to report how often they consumed certain foods and beverages during the past year.

The researchers also collected information about participants’ body mass index (BMI), smoking history, physical activity, and whether they had received a diagnosis or were taking medication for certain health conditions, such as diabetes, chronic kidney disease, high blood pressure (hypertension), or high cholesterol.

After controlling for these factors, the researchers found that older women with higher total flavonoid intake were 36% less likely to have extensive AAC than those with lower flavonoid intake.

Black tea was the main source of flavonoids in participants’ diets. Women who drank 2–6 cups of black tea per day were 16–42% less likely to have extensive AAC than those who drank none.

Among participants who didn’t drink black tea, flavonoid intake from other dietary sources was still linked to a lower risk of AAC.

What about calcification in other arteries?

Although the findings suggest that a flavonoid-rich diet has health benefits, the study does have limitations.

For instance, the researchers evaluated a relatively healthy and racially homogeneous group of women and only asked about them their eating habits over the past year rather than their lifetime.

It can be challenging for many people to accurately recall their eating habits, especially over longer periods.

“What we don’t know is whether participants have been following the same diet for years or if they used to be on a different diet and have recently become healthier,” Dr. Johanna Contreras, a cardiologist at Mount Sinai Hospital in New York, NY, told Healthline.

“My question is — if I change my diet to eat healthy starting tomorrow, will I get this benefit? Or is this a benefit that participants had because they’ve been eating like that for a long time?”

The study also focused solely on AAC rather than evaluating calcification in other arteries.

“Just because a person has aortic calcification doesn’t mean they have calcification in their main coronary arteries,” Friswold said.

“So nowadays, we’re doing a CT calcium score, which looks at the three main arteries to see if there’s calcification there.”

Flavonoids have other health benefits, too

Plant-based flavonoid foods are rich in healthful nutrients like antioxidants and fiber and may also help fight inflammation.

The new study from ECU is only one of many studies highlighting the potential benefits of eating a diet containing plenty of flavonoid-rich, plant-based foods.

For example, the authors of a 2013 study Trusted Source followed 93,600 healthy women from the Nurses Health Study II over 18 years and found that those with a high intake of anthocyanins had a lower risk of heart attack.

The authors specifically highlighted the apparent benefits of blueberries and strawberries, which are rich in anthocyanin.

Participants with the highest flavanol intake consumed an average of 15 milligrams daily, roughly equivalent to one cup of dark leafy greens.

Friswold said it can be helpful to place less emphasis on which type of protein you’re going to consume at each meal and focus instead on what you’re going to have for fruits and vegetables.

Getting enough sleep, avoiding smoking, and exercising regularly are also important for lowering the risk of cardiovascular disease and many other chronic conditions.

“I always tell patients that if you know you have risk factors for coronary artery disease or you have calcified plaques in the arteries, improve your diet and keep moving,” Contreras said.