← Sorry, Peanut Butter Fans, but Your Favorite Nut Isn’t as Healthy as You Think
Vegetarian Diets and Health: the Voice of Science Needs to be Heard →

Cataract Surgery May Prolong Your Life 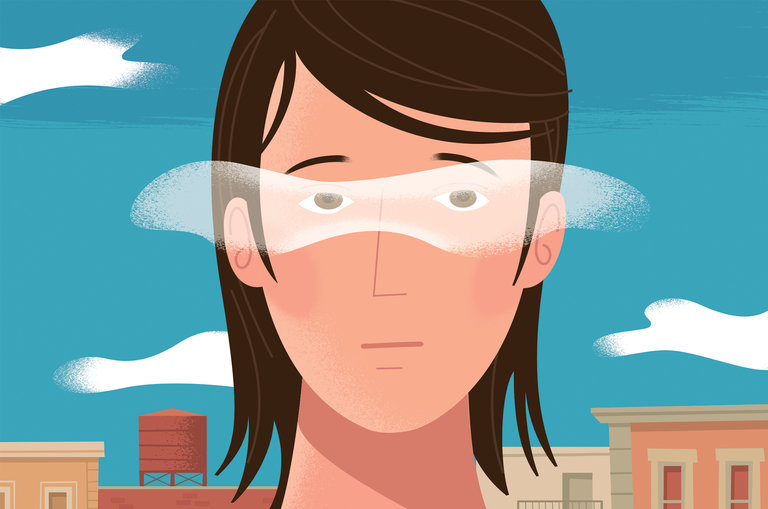 After 72 very nearsighted years, 55 of them spent wearing Coke-bottle glasses, Jane Quinn of Brooklyn, N.Y., is thrilled with how well she can see since having her cataracts removed last year.

“It’s very liberating to be able to see without glasses,” Ms. Quinn told me. “My vision is terrific. I can even drive at night. I can’t wait to go snorkeling.”

And I was thrilled to be able to tell her that the surgery very likely did more than improve her poor vision. According to the results of a huge new study, it may also prolong her life.

The 20-year study, conducted among 74,044 women aged 65 and older, all of whom had cataracts, found a 60 percent lower risk of death among the 41,735 women who had their cataracts removed. The findings were published online in JAMA Ophthalmology in October by Dr. Anne L. Coleman and colleagues at the Stein Eye Institute of the David Geffen School of Medicine at the University of California, Los Angeles, with Dr. Victoria L. Tseng as lead author.

A cataract is a clouding and discoloration of the lens of the eye. This normally clear structure behind the iris and pupil changes shape, enabling incoming visual images to focus clearly on the retina at the back of the eye. When cataracts form, images get increasingly fuzzy, the eyes become more sensitive to glare, night vision is impaired, and color contrasts are often lost. One friend at 74 realized she needed cataract surgery when she failed to see the yellow highlighted lines in a manuscript she was reading; for her husband, then 75, it was his ophthalmologist who said “it’s time.”

Cataracts typically form gradually with age, and anyone who lives long enough is likely to develop them. They are the most frequent cause of vision loss in people over 40. Common risk factors include exposure to ultraviolet radiation (i.e., sunlight), smoking, obesity, high blood pressure, diabetes, prolonged use of corticosteroids, extreme nearsightedness and family history.

Wearing sunglasses that block 100 percent of UV rays and a hat are important preventives. Eating lots of foods rich in vitamin E (such as spinach, almonds, sunflower seeds and sweet potatoes); the carotenoids lutein and zeaxanthin (in kale, spinach and other dark green leafy vegetables), and omega-3 fatty acids (in spinach and oily fish like mackerel, salmon and sardines) may also reduce the risk of cataracts.

Cataract surgery is the most frequently performed operation in the United States, with more than three million Americans having cataracts removed each year, according to the organization Prevent Blindness America. With tiny instruments, the cloudy lens is sucked out of the eye and an artificial lens inserted in its place. After about half an hour in recovery, patients can go home.

“Not only can cataract surgery give people a better life while they’re living it, they can also live more of it,” Dr. Coleman said in an interview. The women in the study who underwent cataract surgery lived longer even though, over all, they were sicker to begin with — as a group, they had more heart attacks, chronic pulmonary disease, peptic ulcers and glaucoma than those who did not have surgery.

Previous studies had shown a lower mortality risk in men as well as women following cataract surgery, Dr. Coleman said. The new study, while confirming the earlier findings of fewer deaths in women, was also large enough to show just how the operation can extend life. Those who had cataract surgery subsequently had reduced risks of death from cardiovascular, pulmonary, neurological and infectious diseases, as well as cancer and accidents.

In explaining this result, Dr. Coleman said that when people can see better, “they can also move more and get more exercise. They can see their pills better and may be more likely to take them and take the right ones. The surgery also improves visual contrast, which decreases the risk of accidental deaths from falls or driving. It’s important to get the best vision a person can have.”

Although there are some risks associated with removing cataracts, “it’s probably the most successful surgery we have — it has a 98 percent success rate,” Dr. Coleman said. Potential complications, albeit rare, include infection, inflammation, retinal detachment and double or shadow vision.

There have also been extraordinary advances in cataract surgery since the 1980s. Earlier, the surgery was done under general anesthesia and patients spent nights in the hospital and weeks in bed recovering. Today, the procedure is done with a local anesthetic and the incisions are much smaller, often requiring no stitches. One eye is operated upon at a time, with the second one typically done about two weeks later, and recuperation is fast.

As Ms. Quinn put it, the surgery “was quick and easy — maybe five minutes — and it was like a miracle. I couldn’t believe how well I could see right after the first eye was done.”

Specialists now also recognize the wisdom of not waiting until a cataract is “ripe” and vision seriously diminished before urging patients to consider surgery. Dr. Coleman said, “The longer you wait, the more difficult the operation. It’s easier to remove cataracts before they become too dense.”

Patients are advised not to drive on the first day after surgery, and to avoid heavy lifting and strenuous activity for a few weeks. Initially, the eye that is operated on should be protected against pressure, especially at night by wearing an eye patch, and antibiotic drops are prescribed and other precautions taken to reduce the risk of infection. Ms. Quinn’s only complaint: Being unable to swim — her usual daily physical activity — for six weeks until both eyes had fully healed.

The artificial lenses used to replace the clouded ones now come in many varieties that can be geared to a patient’s particular lifestyle, desires and medical requirements. A marathon runner or tennis player may want a different kind of lens than a book editor.

Most often, the artificial lenses inserted correct poor visual acuity — Ms. Quinn’s went from 20/200 to 20/20, her serious astigmatism was gone, and she now needs only drugstore reading glasses. But patients can choose lensesthat correct near as well as distance vision; lenses that shift focus on near or distant objects in response to eye muscle movements; and bifocal or progressive lenses. Still other types are in the pipeline.

Ms. Quinn, a social service administrator, has sage advice for anyone needing cataract surgery: “Do your homework. I encourage people to become well-informed about the operation, its aftermath and the various lens options now available.” Also important, she said, is having research-based confidence in your doctor.

2 Comments on “Cataract Surgery May Prolong Your Life”