Being ‘Out of Shape’ Ups Diabetes Risk Regardless of Weight

Posted: March 9, 2016 | Author: Millie Barnes | Filed under: Food and it's Impact on Our Health |Leave a comment 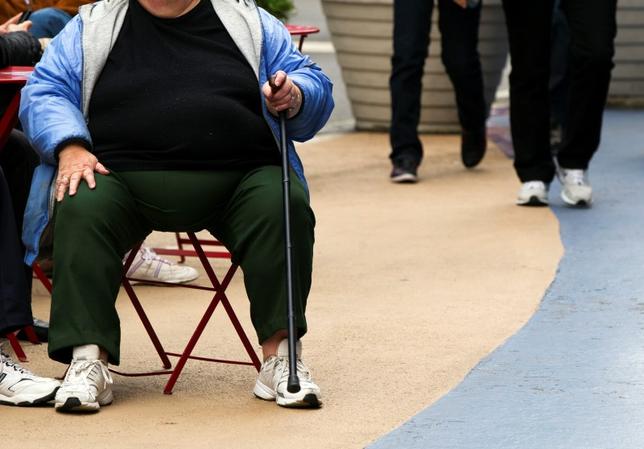 An overweight woman sits on a chair in Times Square in New York, May 8, 2012.

Reuters Health – For adolescents, low cardiorespiratory fitness and poor muscle strength increase their risk for type 2 diabetes later in life, regardless of body weight, according to a study of young men in Sweden.

“Not only were both low aerobic and muscular fitness linked with a higher long-term risk of diabetes, but this was true even among those with normal body mass index,” said lead author Dr. Casey Crump of the Icahn School of Medicine at Mount Sinai in New York City.

These risk factors had a synergistic effect. In other words, the combination of low aerobic and muscular fitness increased diabetes risk more than the sum of the two individual risks, Crump told Reuters Health by email.

The researchers used data on more than one million 18-year-old military conscripts in Sweden between 1969 and 1997, without a history of diabetes.

Those who were least fit as 18-year olds were three times more likely to be diagnosed with diabetes than those with better measures of aerobic capacity and strength, even for young men with a healthy body mass index, as reported in the Annals of Internal Medicine, March 7.

“This study showed that fitness traits were important for the prediction of future diabetes at any body weight so it should not be ignored,” said Peter T. Katzmarzyk of Pennington Biomedical Research Center in Baton Rouge, Louisiana, who wrote an editorial accompanying the study.

But “every study uses a different definition of ‘fitness’ and it is not really possible to come up with a single number that can define fitness level, especially given the known difference across ages and between men and women,” he told Reuters Health by email.

Activity level and genetics are major determinants of physical fitness, but activity level is the most important modifiable factor, Crump said.

“More studies will be needed that measure physical fitness as well as diet and BMI at other time points across the lifespan to examine age windows of susceptibility to these factors in relation to diabetes,” he said.

These should include women and other populations, he said.

“Young people should maintain regular exercise and both aerobic and muscular fitness, and avoid barriers to this such as screen time,” Crump said.

Current guidelines recommend 60 minutes of exercise daily, most of which should be aerobic activity, but should also include muscle-strengthening activities at least three days per week, he said, but only about half of U.S. children and youth meet these guidelines.