Avoiding This Type of Food May Protect Your Telomeres, Boosting Longevity

Processed Foods age the body and lead to inflammation. 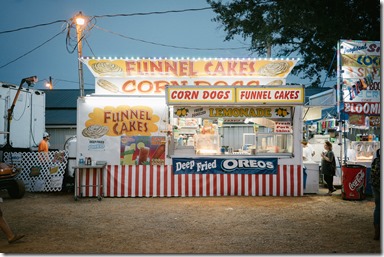 As humans get older, telomeres — the protective caps on the ends of our chromosomes — naturally shorten due to oxidative stress and inflammation. As they shrink, people become more likely to get sick with certain diseases and ultimately, die younger.

In a recent study, researchers discovered a popular type of food appears to speed up this harmful process: ultra-processed foods.

Ultra-processed foods are industrial creations often devoid of nutrients and whole foods. Instead, they are complete with a long list of additives, including oils, fats, sugars, starch, protein isolates, flavorings, colorings, emulsifiers, and other cosmetic additives.

They’re also often cheap to make, convenient for consumers, and can last years on the shelf. Think sugary cereals, canned soup, and white bread — tasty foods that line our pantries, but hurt our health.

According to this study, which analyzed the diets and telomere lengths of 886 people, ultra-processed foods appear to make cells age faster. People who ate more than three servings of ultra-processed foods daily were twice as likely to have short telomeres than people who opted out of these nutrient-poor foods.

“It is not well known the effect of the cocktail of all additives included in ultra-processed food on the long-term health of the population,” study co-author Maira Bes-Rastrollo, a researcher at the University of Navarro, tells Inverse.

Still, based on these findings, people should lower the amount of ultra-processed foods below three servings per day, Bes-Rastrollo advises. To slow cellular aging, she advises adopting a Mediterranean diet, one that’s complete with a high intake of fruits, vegetables, fish, and olive oil.

Currently, ultra-processed foods make up an estimated 60 percent of the average American’s diet. While it may be challenging to limit intake, your longevity could depend on it, these findings suggest.

This research was presented at this year’s European and International Conference on Obesity (ECOICO 2020), held online between September 1-4. They were previously published in the American Journal of Clinical Nutrition.

A decade after the project kicked off, 886 participants over the age of 55 provided saliva samples for DNA analysis along with their daily food intake. The scientists extracted DNA from the saliva to measure telomere lengths.

In the group, the main contributors to ultra-processed food consumption were:

The researchers found that, as ultra-processed food consumption went up, the likelihood of having shortened telomeres dramatically rose.

Bes-Rastrollo and her colleagues predict this troubling effect stems from higher total intakes of salt, saturated fat, and sugar, as well as inadequate intakes of fiber and micronutrients. They hope to replicate these findings with long term studies on larger populations.

Eating for cell health— A plate of cookies or sausage sandwich does not seem to acutely shorten telomeres. Instead, habitually consuming these foods seems to cause other health problems that eventually shorten them.

“Probably, the shorter telomere is a consequence of other health costs that finally produce oxidative stress and inflammation,” Bes-Rastrollo says.

Jibing with this prediction, ultra-processed food intake was also associated with increased risk of depression (especially in patients with low levels of physical activity), hypertension, being overweight or obese, and dying for any cause.

In the study, people with shorter telomeres ate higher services of ultra-processed foods and fewer servings of fruits and vegetables.

Participants who ate a diet heavy in ultra-processed foods were also more likely:

They were less likely to consume carbohydrates, olive oil, fiber, protein, fruits, vegetables, and other micronutrients.

Across the board, participants who ate more ultra-processed foods were less likely to adhere to the Mediterranean diet — the very diet Bes-Rastrollo recommends.

“Whole foods like fruits and vegetables, a key aspect of the Mediterranean diet, should be promoted and more education among the population on how to cook healthy and easy meals should be desirable,” Bes-Rastrollo says.

LONGEVITY HACKS is a regular series from Inverse on the science-backed strategies to live better, healthier, and longer without medicine.

HOW THIS AFFECTS LONGEVITY — Researchers discover that ultra-processed foods seem to accelerate cellular aging by shortening telomeres, the protective caps on the ends of chromosomes.

WHY IT’S A HACK — It can be hard to break eating habits, but cutting down to three servings a day of these nutrient-poor foods could help you live longer and healthier.

SCIENCE IN ACTION — On a daily basis, swap out french fries for Brussel sprouts or skip the soda and opt for green tea. You can even make your beef enchilada veggie — small tweaks can add up to meaningful health outcomes over a lifetime.

Background: Telomere length (TL) is a marker of biological age that may be affected by dietary factors through oxidation and inflammation mechanisms. In addition, ultra-processed food (UPF) consumption has increased worldwide and it has been associated with the risk of developing several diseases.

Objectives: We aimed to evaluate the association between UPF consumption and the risk of having short telomeres in an elderly population of the Seguimiento Universidad de Navarra (SUN) Project.

Methods: This is a cross-sectional study of 886 participants (645 men and 241 women) aged 57–91 y recruited from the SUN Project (Spain, 1999–2018). TL was measured from saliva samples by real-time qPCR at baseline and UPF consumption was collected using a validated 136-item FFQ and classified according to the NOVA system. We evaluated the association between consumption of energy-adjusted UPF categorized into quartiles (low, medium-low, medium-high, and high consumption) and the risk of having short telomeres (<20th percentile) using logistic regression models.

Results: Those participants with the highest UPF consumption had almost twice the odds of having short telomeres compared with those with the lowest consumption (adjusted OR: 1.82; 95% CI: 1.05, 3.22; P-trend = 0.03).

Conclusions: A higher consumption of UPF (>3 servings/d) was associated with higher risk of having shorter telomeres in an elderly Spanish population of the SUN Project.