← Downsizing to an Early Death? Why Exercise is So Important as You Age
Yes, You Should Be Double Cleansing for Skin →

Scientists FINALLY Issue Warning Against Canola Oil: it Damages Your Brain, Can CAUSE Dementia, and Weight Gain

Note From Millie– I have been teaching my clients for 20 years to NOT cook with oils, any oils. Oils cannot withstand heat, it renders them highly toxic, they become rancid when separated from the foods they came from, quickly oxidizing and making them carcinogenic. They become sticky when heated, then in turn causes clogged arteries. Cook with ghee primarily because of it’s depth of nutrients, use grass fed because that cow has been in the sun long enough to store Vitamin D!  Oils are good for flavoring, salad dressing, pesto, dishes that will not be exposed to heat. Buy organic, buy from oil manufactured in the US and keep it refrigerated. 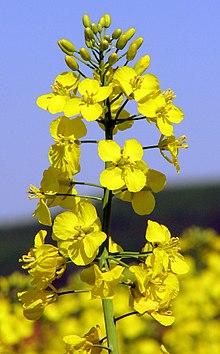 Have you ever heard of a Canola seed? You’ve probably heard of Olive and coconut trees, but not Canola right? That’s because it doesn’t exist. Canola oil is not natural oil but the commercial name of a genetically modified version of Rapeseed (which is toxic). So, it is really curious why so many “natural” food stores, even famous ones such as Whole Food’s, consistently use Canola oil in their prepared meals and Food bars (such as in their baked goods, salads, dressings, etc.)?

Canola oil was created in a Canadian university lab by Dr. Baldur Steffanson. Dr. Steffanson, after getting his newly created version of Rapeseed to meet FDA guidelines (with less toxic eurcic acid) he went on to work for Calgene (which later was acquired by Monsanto). For this reason, there is no such thing as “organic” Canola oil as the raw ingredient itself is genetically modified rapeseed.

SO WHAT ARE THE BIGGEST HEALTH RISKS OF CONSUMING FOODS THAT CONTAIN CANOLA OIL? LET’S LOOK AT A FEW:

The next time you visit the Whole Foods, or other grocers, Food court, be careful of being fooled into thinking they are the healthiest option in town. Look for all natural deli’s and food providers that use natural oils (you know the type that come from an actual plant). Most importantly remember, there is no such thing as GMO-free Canola oil.

2 Comments on “Scientists FINALLY Issue Warning Against Canola Oil: it Damages Your Brain, Can CAUSE Dementia, and Weight Gain”