Is Vegan Diet Healthy for Kids? Belgian Doctors Say No 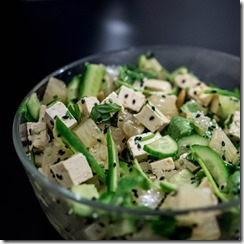 Photo by Yoav Aziz on Unsplash

An estimated 3% of Belgian children follow this type of vegetarianism that excludes meat, eggs, dairy products and all other animal-derived ingredients, according to the academy’s statement. The eating plan is “restrictive,” creates “unavoidable” nutritional shortcomings and, if not properly monitored, could lead to deficiencies and stunted development, the academy said.

The medical opinion was requested by a representative of a national human rights organization, who sought guidance for pediatricians and other health care workers. The Royal Academy of Medicine functions as an advisory agency for Belgium’s government institutions.

Dr. Georges Casimir, a pediatrician at Queen Fabiola Children’s Hospital and head of the commission appointed by the academy to study the issue of veganism, discouraged the diet for children and pregnant women due to the possibility of “irreversible” harms. A potential health issue caused by a vegan diet is a lack of sufficient proteins and essential fatty acids for the developing brain.

Vitamins, including essential ingredients such as D and B12, calcium or even trace elements and nutrients essential for proper development are “absent from this diet,” according to a statement from Casimir.

Change your diet to combat climate change in 2019

Isabelle Thiebaut, a co-author of the opinion and president of an European organization for dieticians, said that it is important to explain to parents about “weight-loss and psychomotor delays, undernutrition, anemia” and other possible nutritional shortfalls caused by a vegan diet for children. If parents do not follow the new recommendation, children who continue to follow a vegan diet should receive supplements, medical followup and regular blood tests, according to the academy.